News – About Men and Their Bodies

You hear the term “what women want” – alot – there was even a movie about it where an ad man was slightly electrocuted in the bathtub (while he was donning panty hose) and could then hear women’s thoughts (Heaven forbid THAT!) What about men? 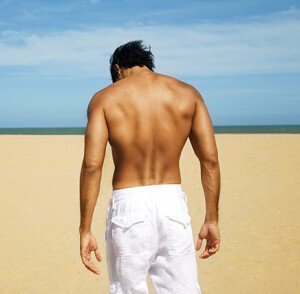 What DO men want?

Besides becoming ridiculously wealthy, what do the guys ask for? When it comes to their bodies? A six pack? Big shoulders? Yeah, all that. But what else they want is to be free of the spare tire/love handles that seems to plague an awful lot of men after they move past their early 30’s.

“The fat-freezing technology CoolSculpting is also gaining popularity; it was the top name-brand procedure doctors mentioned when we asked what male patients request.

“Men want CoolSculpting, CoolSculpting, and more CoolSculpting,” says plastic surgeon Dr. Elisa A. Burgess of Portland, Oregon. “They frequently talk about the fatty tire around their waist…. They work out and watch what they eat, but they cannot improve that tire.” RealSelf article

This company got off and running because scientists noticed kids who sucked on popsicles had deep dimples from fat loss in their cheeks. Now it’s an international success. That’s quite some achievement…and to think it all started with popsicles. Clinical Study Data

And New Beauty’s choice awards voted in CoolScupting as the Best Fat Reduction Treatment early this year. That’s a beauty authority you listen to!

Treatment to Transformation? What’s that?

Once we began the Treatment to Transformation programs, men were actually the first to embrace the idea of doing it until it brought the results they wanted. Although CoolSculpting averages out a 25% loss of the fat layer per treatment, that’s sometimes not enough to whittle a waist down to the desired size.

(By the way, Treatment to Transformation packages bring the price per application down to levels we aren’t even allowed to advertise per the company’s guidelines – but you are free to come in for a complimentary official quote) T to T examples

Retreating and overlap treating get some very customized sculpting that a single area treatment sometimes simply can’t achieve. It’s not the machine’s fault there – it’s simple science, and the amount of a patient’s body bulk that is comprised of fat.

Isn’t it all just EGO?

Probably not, but you will look better and trimmer and you won’t be so self conscious about that spare tire or belly that escapes over your belt line because, even it’s not all frozen away, a lot of it will be.

How CoolSculpting is Different