A Historical Guide to the Nonsurgical Face Lift

Two decades ago your options for looking younger consisted almost entirely of surgery.  A facelift was an event you saved for and dreaded at the same time. Women today still often joke (sort of) about their face lift fund.

The truth is that none of us relish the idea of looking older and most of us feel younger than we look, regardless of our age.

Youth and youthful looks in our culture – and many others – most definitely have an impact on nearly every facet of our lives. It all boils down to the simple fact that when you look better you feel better. Feeling better is the ultimate goal because then you’re more able to approach life and its problems from a position of strength.

Surgical Face Lift on the wane? 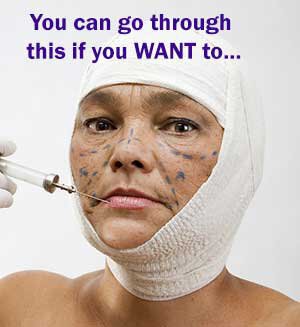 Although face lifts aren’t going away anytime soon, the growth rate between surgical and minimally invasive choices tells its own tale. For instance, soft tissue filler use rose 13% from 2012 to 2013. Statistics provided by the American Society of Plastic Surgeons for 2013 show 1.6 million surgeries vs. 13.4 million minimally invasive procedures.

Beyond the potential too-tight features, numbness and the pain of recovery is the recognition that even your least close friends will know you’ve been under a surgeon’s knife.

That’s not to say all face lifts are awful or wildly obvious. We’ve seen a small number that have truly been a work of art.

Nonsurgical – What it means

Nonsurgical – anything that doesn’t require a scalpel.

So what’s on the table for nonsurgical and how might any or all of them be a better choice than surgery? Surgery certainly can get rid of redundant skin and lift things – but surgery is surgery and if things haven’t gone too far, you certainly can make some pretty dramatic changes with the contents of a syringe and various heat-producing technologies.

Start with neuromodulators – a fancy word for toxins that cause a level of temporary paralysis in the muscle it’s injected into. That’s Botox, Dysport and Xeomin for now – more on the way later. (Botox Cosmetic led the way with FDA approval in 2002.)

By interfering with the nerve impulses that cause a muscle to contract and wrinkle, frowns and worried foreheads smooth out quickly. The same action can be targeted to the muscles that lift or lower the brow. So, frown gone and brow up – you’ve pretty much accomplished a certain level of what a surgical brow lift does and without a single slice, undermining or stitch. It doesn’t last forever, but it is quick, easy and affordable. 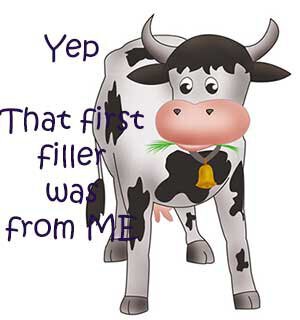 Fillers – the huge plus about fillers is not s o much the capacity to soften a wrinkle, but the capacity to help fill in the vacant spaces deeper in the facial support area that cause the wrinkle in the first place.

All doctors first started “chasing the wrinkle” when fillers became abundant. Over time we came to recognize it’s much more than the wrinkle that’s the problem. From bovine collagen that lasted around 3 months, we’ve moved to fillers with up to 24 month longevity…a huge leap in capability and bang for the buck. And if you’re willing to expand your risk tolerance, you can get fillers with long lasting effects that can go on for years.

The face is supported and shaped by bone, muscle and fat. The fat lies in compartments – sometimes one will immediately affect another one. If fat compartment A loses some of its volume, then fat compartment B might be affected in such a way that the skin overlying B shows a crease or fold. Only by refilling compartment A is the problem addressed in the right way. (Tricky? It can be if your doctor is not intimately familiar with anatomy.)

Think of your face as a 3D puzzle and you’ll have a better sense of why anatomy is key in using fillers. That’s the science part and it’s critically important. But an artistic eye is also needed – just filing a gap doesn’t always make things look better. Contours, balance and appropriate product use makes all the difference in the final effects.

Of particular note is Sculptra – a collagen stimulator. This “fill” is your own collagen. And that will last as long as your own collagen normally lasts – up to years if you have good health and good habits. Nothing yet has approached Sculptra’s capability. Originally a solution for facial wasting for HIV patients, Sculptra quickly became a darling of the dermatology community because it could make just about anyone look younger fairly quickly – simply by stimulating a collagen response. In the right hands, Sculptra truly sculpts!

Voluma is a newer hyaluronic acid filler – dense with “sticky” power. It stays where you put it and is the latest and greatest injectable cheekbone creator out there. You no longer have to be born genetically fortunate to have high and accentuated cheekbones. 15 minutes in a talented dermatologist’s chair and Voluma can be placed in ways to accentuate cheekbones a little or a lot. 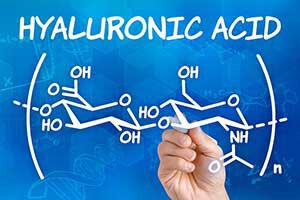 Softer fillers are designed to re-plump lips and fill in little crevices and lines. Gel fillers made of hyaluronic acid feel and move like natural skin tissue.

For instance, Belotero works for superficial lines with Juvederm (2006 approval) and Restylane (2003 approval) popular choices for lip area and under eye hollowing (mostly Restylane for under eye because there is no light reflection as with Juvederm).

Softer fillers can be used to add contour in limited areas such as the brow bone with only small amounts of product required. Although it’s not as readily obvious, our bones reshape and tend to lose their projection as we age. Fillers are a great “fill in” where we’ve lost the contours from younger bone structure.

On to lasers and light

Older skin is prone to collagen collapse,  wrinkles and accumulated sun damage. Lasers originally bordered on surgery because they were so painful, you really needed to be knocked out to withstand them. Full surface laser treatments were horribly painful to recover from and there was a high likelihood you would have a waxen-like appearance since all the hair follicles were destroyed – along with any melanin. So, no color, no hair and a very very rosy glow for many months.

Laser companies knew they were on to something but it wasn’t until later that Reliant technologies followed the original laser maker company Coherent, formed in 1966, with the development of Fraxel fractional erbium laser in 2004. Fraxel became a buzz word amongst the media, medical community and aesthetic physicians because now there was a fairly skin friendly process for resurfacing the skin. You got results without the misery or high profile risks.

Not far behind, in 2005, Lumenis came out with the Ultrapulse fractional CO2 laser which added the vaporization component to fractional laser (tiny columns of skin were ablated as opposed to coagulated), giving a better opportunity for some amount of skin firming by literally reducing the amount of skin on your face. Remember though, this is micro fractional – a far cry from full surface ablation.

What does Fractional mean?

Fractional means that only a percentage of the skin is affected with a treatment.  The untreated skin assists in the healing (your skin is smarter than you’d assume) so healing is quick and typically very tolerable. The well-tolerated process of gaining new texture and tone makes fractional laser a more preferable than aggressive full surface lasers.

Dermatologists took that capability to address another problem and began using fractional laser to reduce the footprint of acne scars. How does that work?

Laser heat incites collagen development. So, skin with scars could be partially leveled with lasers. It’s still not a panacea and anyone with acne should take whatever steps necessary to get it under control as early as possible. Early control means that acne’s destructive power can be diminished. Still, fractional laser is considered by many dermatologists to be the gold standard for treating acne scars.

Radio frequency came on line and was intended to “shrink” the skin envelope, so loose skin that was losing its elasticity got some of its firmness back.  Though not a substitute for skin excision, radio frequency will, for the majority of people, provide some tightening effect that they can appreciate. Thermage opened the door for RF skin tightening with an FDA approval in 2002. Although popular as a bulk heating device for face and body, Thermage has held court for some time as a treatment for crepey skin on the eyelids and eyelid hooding.

Ultrasound works deeper on a pinpoint type focus to contract the SMAS – this is the superficial musculature that holds the deep skin tissue to the muscle. Ultherapy is the first out with this technology and it’s proving to help lift the lower face and the brow. Again, not as effective as surgery, but an option to consider if surgery and surgical recovery is not on your list.

Threads started off with a big promise, but the original threads were permanent and permanent usually means problematic. The IDEA was good, but the first attempts weren’t. The FDA pulled the approval and researchers went back to work. What if you were to use aborbable dissolving threads like those used in surgery? Bingo!  With Nova PDO and Silhouette InstaLift, we’ve got a new way to get a safe threadlift! 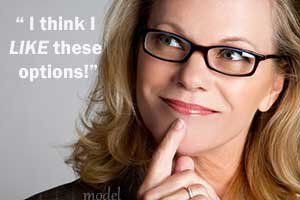 The term nonsurgical facelift used to be attributed to just about any treatment that had any type of firming or filling effect.

Today we’re much closer to a real rival for surgery when we combine tightening systems, muscle relaxers and fillers and fractional lasers to achieve a younger looking version of YOU.